Congressional Medal of Honor (CMOH) recipient retired Master Sgt. Leroy Petry, U.S. Army, president of the Congressional Medal of Honor Society, will share leadership and character insights with the Saint Thomas Academy student body during morning formation on Wednesday, Sept. 21. Following, he will have lunch with a small group of cadets and then talk with public and private school educators participating in the Medal of Honor Character Development Program training session taking place at the Academy that day.

With just 65 living CMOH recipients, Petry is among the younger living recipients at 43 years old. When he visited with Saint Thomas Academy cadets in 2018 (event pictured), the cadets found him engaging and inspiring.

About Retired Master Sgt. Leroy A. Petry, Congressional Medal of Honor Recipient
Petry was awarded the Congressional Medal of Honor for his actions in Paktya Province, Afghanistan, on May 26, 2008. After he and another Army Ranger were wounded by enemy fire, Petry, despite being wounded in both legs, led the other Ranger to cover. The enemy threw grenades, one of which landed a few feet from Petry and several others in his unit. Petry picked up the grenade, throwing it away from his fellow Rangers. The grenade detonated, amputating Petry’s right hand and inflicting multiple shrapnel wounds. Petry’s actions saved his fellow Rangers from serious wounds and death. Petry placed a tourniquet on his wrist before radioing for support. He received the Medal of Honor July 12, 2011. 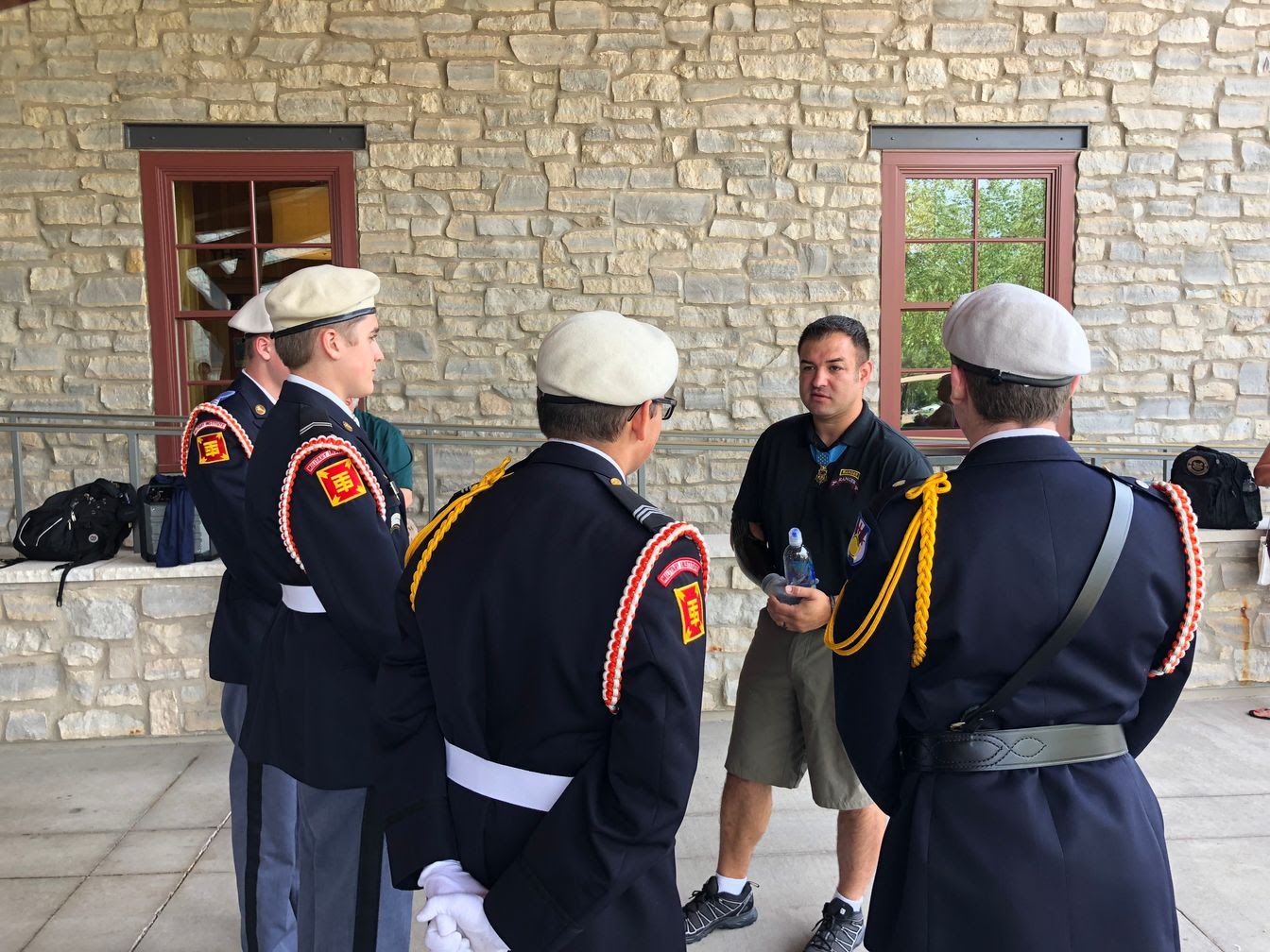