In the competition held May 8-10 at the Brainerd International Speedway, the EVT’s battery-powered, one-person vehicle set a state-best 80 miles per kilowatt hour while on the way to winning the Urban Concept Battery Electric division. (By comparison, the most fuel-efficient Tesla gets 4 miles/kWH.) 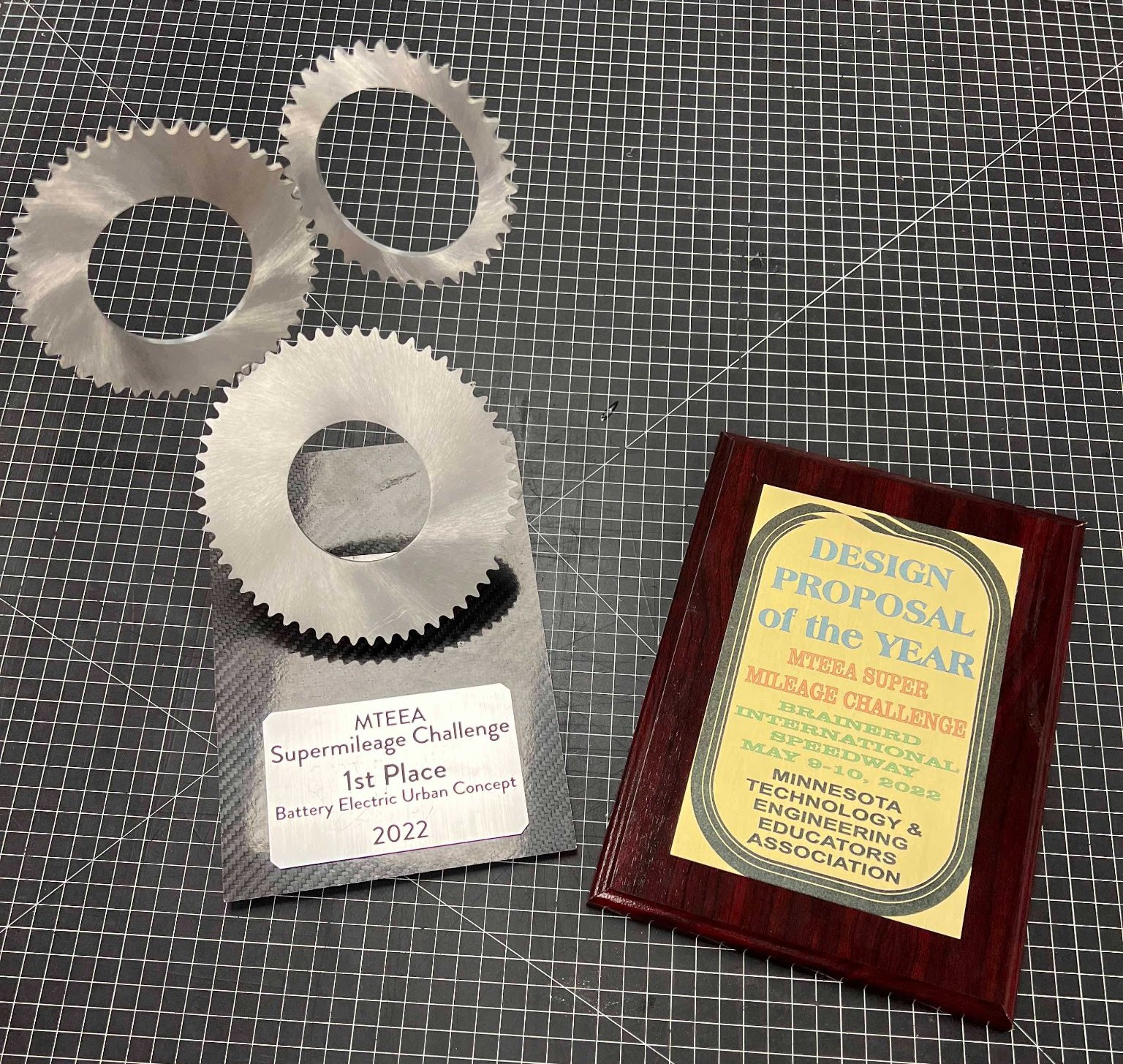 A late entry into the competition, the EVT had just two months to build its vehicle. With a condensed timeline, the team couldn’t scratch build a vehicle with a carbon-fiber body. Instead, it stripped the 2017 World Champion Shell Eco-marathon car down to just wheels and suspension and then added brand new mechanical and electrical systems. The body of the 2022 car was constructed by scoring and bending large sheets of foam core and then attaching foam core ribs with hot glue. When the shape was complete, the team skinned the inside of the body with carbon fiber for reinforcement. Without the ability to paint the vehicle, the team cut over 500 hexagons on the Innovation Center vinyl cutters and hand placed them over the foam core to provide some protection and a unique look.

This year’s event was the 33rd year for the annual competition held by the Minnesota Technology and Engineering Educators Association. Teams from across Minnesota competed in several classes: Pro Sport, Super Sport, E-85, Urban Concept and Plug in Electric classes.

Next year, the EVT will build a hydrogen fuel cell vehicle to compete in the 2023 Shell Eco-marathon, a competition in which the team previously won the world title with a battery-electric vehicle.

The MTEEA Supermileage Challenge was the first event the Experimental Vehicle Team entered some 22 years ago. The team had not competed in the event since 2000, when it set a state record that stood for almost 20 years (1322 mpg).

This year’s team members include: 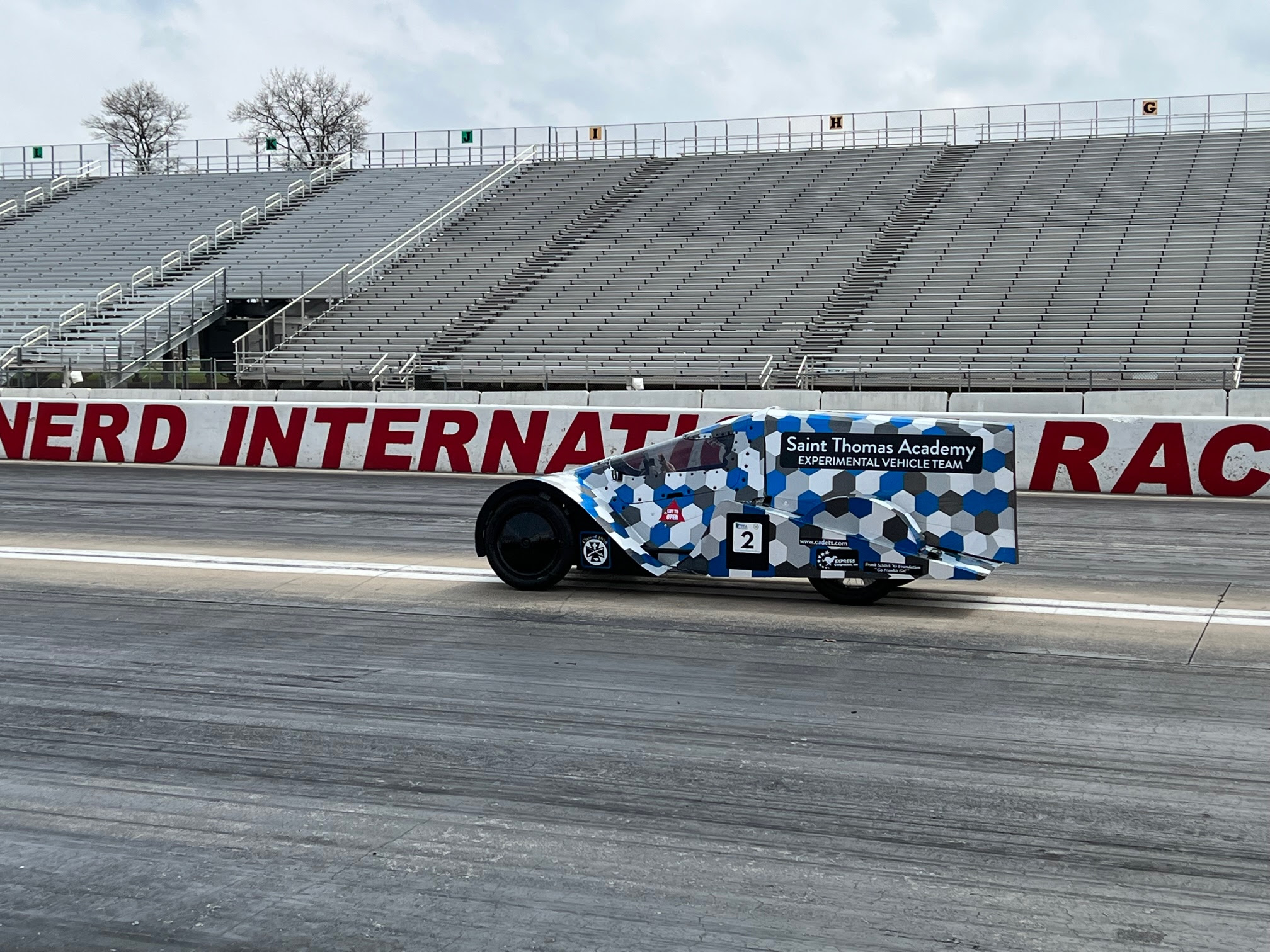 The team moderators are Sara Krivak and Mark Westlake, director of the Saint Thomas Academy Innovation Center. The team is sponsored by Power Systems Research.