Saint Thomas Academy will host The Wall That Heals, a three-quarter scale replica of the Vietnam Veterans Memorial, and a mobile Education Center, from 2 p.m. on Thursday, May 25 until Memorial Day, Monday, May 29 at 2 p.m. The Wall That Heals honors the more than three million Americans who served in the U.S. Armed forces in the Vietnam War and it bears the names of the 58,281 men and women who made the ultimate sacrifice in Vietnam. The display will be located behind Flynn Hall on the practice athletic fields and will be open 24 hours a day. It is free to the public.

“It is an honor and privilege for Saint Thomas Academy to host The Wall That Heals,” said ret. Col. Neil Hetherington, Commandant of Cadets at Saint Thomas Academy. “Through this display, thousands of people will learn more about the Vietnam War and the sacrifice of our military personnel. Equally important, the display can help bring healing to our service members who carry deep emotional scars from serving in Vietnam.” 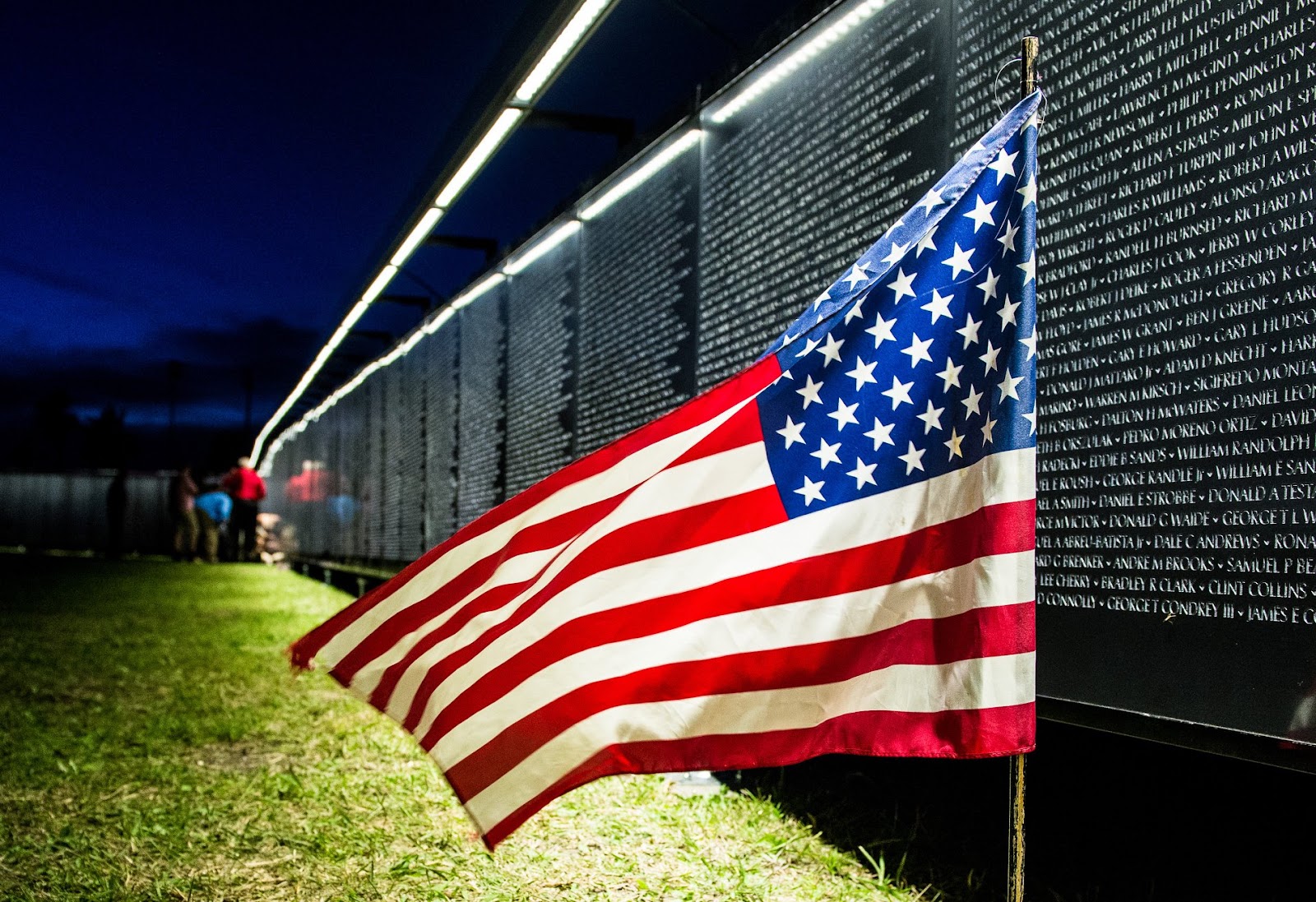 The three-quarter scale Wall replica is 375 feet in length and stands 7.5 feet high at its tallest point. Visitors will experience The Wall rising above them as they walk towards the apex, a key feature of the design of The Wall in D.C. Visitors are able to do name rubbings of individual service members’ names on The Wall.

“The Vietnam Veterans Memorial Fund is pleased to bring The Wall That Heals mobile exhibit to Saint Thomas Academy and Mendota Heights to allow local veterans and their family members a chance to experience The Wall,” said Jim Knotts, President and CEO of VVMF. “Hosting The Wall That Heals provides an opportunity to honor and remember all those who served and sacrificed in the Vietnam War and educate visitors on the continuing impact of the Vietnam War on America.”

The Wall That Heals is transported from community to community in a 53-foot trailer. When parked, the trailer opens with exhibits built into its sides, allowing it to serve as a mobile Education Center telling the story of the Vietnam War, The Wall, and the divisive era in American history. Its exhibits, which put American experiences in Vietnam in an historical and cultural context, include:

The 2023 national The Wall That Heals tour is generously sponsored by USAA. Through a partnership with the Truckload Carriers Association (TCA), the trucking industry, and Blue Beacon, the exhibit travels across the country. Local sponsorship opportunities are available by contacting Mike Maxwell, mmaxwell@cadets.com.

Since its debut in 1996, the exhibit has been on display in more than 700 U.S. communities in addition to an April 1999 tour of the Four Provinces of Ireland and a visit to Canada in 2005. The Wall That Heals is a program of VVMF, the nonprofit organization that built the Vietnam Veterans Memorial in Washington, D.C., in 1982. The Wall That Heals is the only traveling exhibit affiliated with The Wall in Washington, D.C., and includes the largest Wall replica that travels the country. Two VVMF staff members lead volunteers on site, educate visitors and students, and ensure the reflective atmosphere of The Wall. More information can be found at: www.thewallthatheals.org.

About VVMF
The Vietnam Veterans Memorial Fund (VVMF) is the nonprofit organization that built the Vietnam Veterans Memorial (The Wall) in Washington, D.C. in 1982. VVMF continues to lead the way in paying tribute to our nation’s Vietnam veterans and their families. VVMF’s mission is to honor and preserve the legacy of service in America and educate all generations about the impact of the Vietnam War and era through programs, ceremonies, and educational materials. To learn more about VVMF, visit www.vvmf.org or call 202-393-0090.